The Value of a Weekend

After nearly a year of planning, last weekend was it.  My son and I, both race fans, Porsche drivers, High Performance Driving Instructors and overall gear heads, took a weekend road trip from Florida to North Carolina.  The event?  The NASCAR race weekend at the Charlotte Motor Speedway.  It was fabulous, even though we are not really NASCAR fans.

Even though I am now recently retired, my son works very hard with his primary job, his side business that he is trying to grow, and of course, taking care of a family.  He told me about this race date last winter when NASCAR announced that for this particular race weekend, they would abandon their normal (boring) oval-track racing and turn the OVAL in the ROVAL – incorporating a left-and-right-turn road course into the mile and a half oval.  Since NASCAR doesn’t do a lot of road course races and we LOVE road course racing, we both knew that the event would be a real hoot.  So, we decided to go.

Since he is a lot busier than me, it fell to me to make all the arrangements.  Air BnB provided a garage apartment about six miles from the track; tickets in great seats where we could see the entire race course were acquired, along with rented scanners to listen to the team radios; plans for what vehicle to drive there and back were decided.  Everything planned well in advance.

We discussed the coming weekend for many, many months.  Anticipation grew.  We watched NASCAR with greater interest so that we would know the players when we got there.  It turned into nearly a year of bonding conversation between us.  Our spouses and the grandchildren got involved.

This was not a weekend.  This was an epic ten months between us.

So when the time came to actually go, it all went very well, very smooth, and the weekend was a ton of fun.  Fourteen-plus hours in the car – he did ALL the driving, by the way – with no end to the topics we discussed was fascinating.  My son is well-read, intelligent and has lots of great information and arguments on lots of areas of study.  As a trained pilot, we discussed cold fronts, warm fronts, thunderstorm formation and “just plain ol’ rain”, all while driving through thunderstorms and rain on the way home.  Visual Aids!  Cool!!

As we grow to a more mature age, we seem to rarely have a time to just spend time with our adult children.  My son is more than just “my son.”  He is my best friend.  We don’t get enough time to spend together just doing fun things.  This was five days of just doing fun things, and I need to get busy planning our next fun thing weekend.  Grand National Roadster Show in Los Angeles in January?  Hmmmm…

And as a bonus, both of us got a break from our normal routine – especially him.

Maybe you should think about “taking a weekend” too…just sayin’… 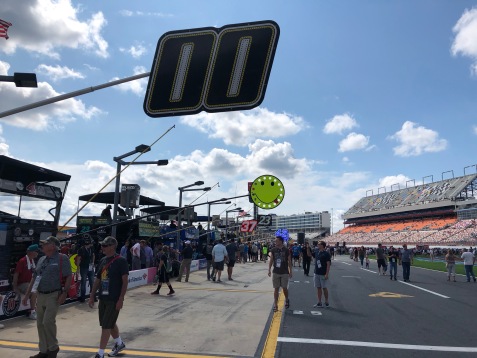 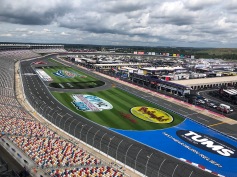