“When the truth is found to be lies, and all the joy within you dies…Don’t you want somebody to love…”

These are the opening words to the 1967 Jefferson Airplane hit song “Somebody to Love” that rang with the voice of Grace Slick.  Maybe not wisdom, but the garage bands of the day had to quickly find a girl singer so that they could perform this and another Grace Slick anthem, White Rabbit…

Wisdom?  Maybe not, but it was the late sixties, and the music that we listened to did have something to do with shaping who we are today, whether we want to admit it or not.  Bob Dylan wanted to figure out “How many roads must a man walk down, before you call him a man?   How many seas must a white dove sail before she sleeps in the sand?”

Bruce Springsteen is a product of New Jersey, and a few years ago there was a move in the state to have one of his songs, Born to Run, designated as the “State Song of New Jersey.”  But let’s look at the wisdom that Bruce was dropping on us:

In the day we sweat it out on the streets of a runaway American dream
At night we ride through the mansions of glory in suicide machines
Sprung from cages out on highway nine,
Chrome wheeled, fuel injected, and steppin’ out over the line
Oh, Baby this town rips the bones from your back
It’s a death trap, it’s a suicide rap
We gotta get out while we’re young
`Cause tramps like us, baby we were born to run

“Tramps Like Us?”  New Jersey did not make this the State Song.  Wise move.

In Suite: Judy Blue Eyes, Crosby, Stills and Nash told us that “Fear is the lock, and laughter the key to your heart.”  True wisdom there.  Harry Chapin, in Taxi, said that “Sometimes it’s better if we don’t get to touch our dreams.”  The Beatles asked “Will you still need me, will you still feed me, when I’m sixty-four?”  I hope so, since “sixty-four” is getting pretty close. 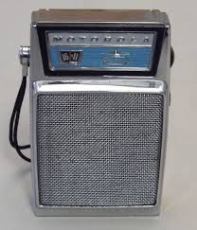 teens – in my case, listening to AM WABC New York with Cousin’ Brucie – on a battery-operated radio with SEVEN TRANSISTORS!  Wow.  This musical maturation process continues until a person gets into his or her thirties, at which time it ends.  So we have about twenty-five years of music that we enjoy, shunning newer and older stuff.

So I thought that I would try this formula on myself, ranging from age 13 to age 38 – my twenty-five years from 1967 to 1992.  I listed my favorite bands and performers, then looked up the dates that they were most popular.

See a pattern here?  The years of age 13 through maybe 30 have had the highest influence on my musical tastes – at least in popular music.  But in the years leading up to the “teens,” I also had a lot of exposure to classical, choral and Broadway music – influences

that exist to today.  My USB stick in my car radio has songs by all the artists above, plus the theme from Phantom of the Opera, Rhapsody in Blue by Gershwin, and selected songs on banjo by Earl Scruggs.

So what is your taste in music?  Do the exercise and list your favorites, then look up the dates…13-30 is my guess.  Don’t stop listening, though.  Give newer stuff a chance, but we know what we like, and media outlets also know what we like.  Our demographic is in control, and that’s the way we like it! 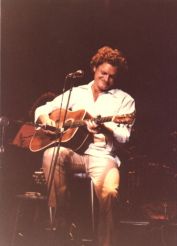 One final mention here…if you missed out on Harry Chapin in the seventies – his stuff was always too long to run on the radio – go back and find it.  He was a story teller who wove fantastic lyrics into a “movie of the mind.”  An activist for world hunger, Harry was the genuine article, passionate and very intelligent.  He neglected himself in his passion for his work on and off stage, and reportedly had a heart attack on his way to a show, resulting in a crash that ended his life at age 38.  We miss you, Harry.  You left us way too soon.

One thought on “The Music We Love”