My high school class reunion to celebrate our 35th anniversary of graduation was an abject failure, or so I am told.  I wasn’t there, and there were a lot of others who were MIA.  It’s not because I live a thousand miles away or had other things to do – I didn’t know that it was happening.  Apparently, I was not alone.

So after that bit of a disaster, a small group got together and decided to so a low-key reunion the next year, which would have been 36 years.  A classmate donated his house for the evening, and about a hundred or so met up and had a great time.  The die was set – low-key, low cost come-as-you-are reunions every year.

Class Reunions are normally done every five or ten years.  A committee gets together a year or more in advance, a hotel is chosen, a theme is debated, and the resulting “Reunion Weekend” feels more like a sales convention than a party.  Costs per person can be be pretty high, and attendance can be pretty low.  In my experience, people tend to head for the exits early.

With our graduating class, we seem to have inadvertently stumbled on the right formula.  We are now meeting up somewhere two and sometimes three times a year.  In 2018, we have had a pizza party and met up for Hippie Fest in Daytona, taking over a section of the balcony and dancing in the aisles.  There will be another event sometime in the fall, as there tends to be every year. 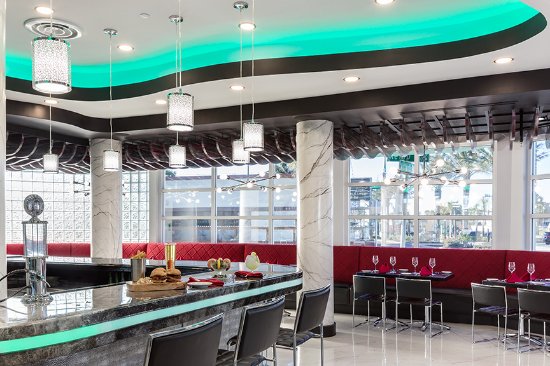 The secret here is that social media and email are utilized to get and keep everyone informed.  Most of the events have no up-front costs – meet up, eat and drink what you please on your own dollar, and stay as long as you want.  For the Hippie Fest, the “organizers” poll the group, buy a group of tickets together, and we reimburse individually so that we are all together for the show.  This year, we met at the Streamline Hotel in Daytona (the REAL birthplace of NASCAR) prior to the show for drinks and dinner – but only if you wanted to.

This ad-hoc approach to the traditional “Class Reunion” has had the effect of actually reuniting us.  Several years ago, two former classmates “met again,” and are now happily married.  Great time.

So if you really want to have class reunions that actually reunite old classmates, this may be the answer.  Works for us.  It can work for you.