Watching the Weather Folks on TV this morning was interesting – they have lost their minds.  You see, the overnight temperature here in Central Florida dropped to the fifties, and you would think that another hurricane was headed straight for us.  They talked about things like “average temperature” and “record lows for this date” and “the coming of Florida Winter Weather” like, well, like we were actually interested.

Winter in Florida.  Four months, between the first week of November and the end of February, occurs in cycles of warm and cold.  There is little rain, but the cycle that starts 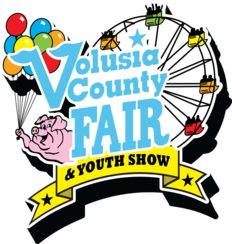 now at the end of October will repeat itself every seven to twelve days, twelve to fifteen times until March.  Here in the Daytona Beach area, the cycles start about the same time as the Volusia County Fair (November 2-12 this year) and end somewhere around Bike Week in Daytona (March 9-18, 2018).

The “weather cycle” goes like this.  We have a cold front come through from the north west, swinging across the state in a diagonal pattern.  When the line stretches from Jacksonville to north of Tampa, we know that it is coming.  As the front approaches, there may be some rain and even thunderstorms – more on that later.

The front comes through, and temperatures drop.  For some reason, these fronts tend to come through at night, but the weather folks love it when they come through during the day.  Temps are in the seventies and eighties, then rain, then temperatures drop as much as thirty degrees in an hour or two – exciting stuff.  And all this happens in a period of six hours or so.

The skies are completely clear, temperatures in the sixties, maybe a little wind – not too bad.  Then over the next few days temperatures creep upward each day, clouds dot the skies and get more and more numerous.  At the end of the cycle, there are more and more clouds, temperatures get into the high seventies and even eighties, and you know what will happen next – a cold front again.

Here is the math, though.  The cold days/nights stay around for only a day or two – let’s say two days per cycle.  With an average of thirteen times a season, we end up with twenty-six days of “Florida Cold” weather.  Twenty-six days a year is 7% of the year.

Nights when the temps are below freezing are rare, but do happen.  Severe cold fronts may bring a day or two when the temperature stays below thirty-five degrees for a day or more.  But these are the stuff of legend, not common at all.

We can all handle Florida Cold for 7% of the year.  Bring a jacket.