Being a police officer today seems to be more difficult than in the past.  Recently I saw a sign in a police department briefing room that said, “Don’t do anything that will hurt someone else, and don’t end up on YouTube.”  True, that.

We find that the relationship between police and their communities becomes stronger when they actually get to know one another better.  With this in mind, programs like “Community-Oriented Policing” and “Problem-Oriented Policing” have been part of the police landscape since the seventies.  But the police going out to engage the public is one thing – the public engaging the police is another.

You have probably seen police cars in your community with yellow lights on the roof and something like “Community Service Officer” on the side, along with other police department markings.  These cars are often occupied by two or more “mature” people wearing white uniform shirts with police shoulder patches.  They do not carry weapons, but are out in the community helping their local police department. 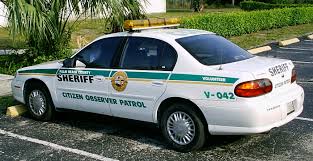 These Community Service Officers (CSO) are volunteers who are pitching in to take care of the more mundane (and safe) tasks that patrol officers would otherwise have to do.  For example, they may patrol in an area that has been plagued by high incidents of residential daytime burglary, looking for ne’er-do-wells and striking a police presence in the neighborhood that would hopefully deter crimes from occurring.  If they see something, they radio it in to dispatch and get a patrol officer to respond.  “Eyes and ears” on the street helps to deter and solve crimes.

In many states, these civilians are allowed to do other tasks, but only after specialized training.  CSOs will enforce city ordinance parking violations, direct traffic at emergency scenes and even do simple parking lot accident reports.  This helps keep the cops on the street answering the more serious and dangerous calls for service.

So what about training?  Most agencies that have a Community Service Officer program don’t allow their CSOs on the street until they have completed a “Civilian Academy” of basic skills, radio use, legal knowledge, and agency procedures.  Many include state certifications in their initial training to be sure that they are equipped to handle whatever is necessary.  Some continue their training, even entering the police academy for formal training to become a sworn officer.

Agencies also use CSOs for tasks “inside,” such as working in records, evidence processing, reception, and training positions.  Agencies look for people who have skills, knowledge and abilities that can be applied to the police mission – and have retired, but still want to contribute.

Even if your local agency does not have a formal CSO program, ask about volunteering.  Get to know your local police department, and chip in to help out where you can.

While teaching in the Florida police academy a few years ago, I was pleased to see an older gentleman who had been a local volunteer sitting in the front row in class.  Talking to him, I could see that he was concerned that his age – approaching 60 – might be a hindrance to his finding a job as a sworn officer.    He did well academically, and to the surprise of the “young folk” in the group, did well with the physical aspects of the training.  Upon graduation, he was hired as a patrol officer with a smaller local agency who prided themselves on having a close connection to the community.  Within a couple of years, he was in charge of the community outreach program for the agency.

“I always wanted to be a cop,” he told me.  “But the time wasn’t right, until now.”  He found his niche, first by volunteering, then taking the bold step forward. 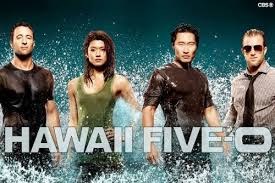 Support your local police department, and check into volunteering opportunities.  You know how it looks like great fun and adventure on TV?  Well, it might just be…try it!